Soprano Laurel Weir is a native of Canton, Ohio. She is the face of UMKC’s Crescendo, a scholarship fundraising event for the UMKC Conservatory of Music and Dance, which will take place at the Kauffman Center for the Performing Arts on November 10th.

Laurel is working on her Artist’s Certificate in vocal studies and chose to study at UMKC for its close partnership with the Lyric Opera, which resulted in being selected as the 2017-18 Soprano Apprentice. It also gave her the opportunity to train with Vinson Cole, an internationally renowned tenor. “Studying with Vinson serves as an integral part of my artistic development,” noted Laurel. Among her performances at the Lyric Opera include Hansel and Gretel, Catherine in Dead Man Walking and Isabel in the Pirates of Penzance. Last fall, she sang the national anthem for a nationally televised Sporting KC soccer match.

Laurel grew up singing in choirs and nursing homes. From middle school through high school, she sang with her mother in their church choir and in her school choirs. “I did not begin studying opera until my junior year of college,” said Laurel. “My new voice teacher, Cynthia Wohlschlager, told me that I could have a career in singing. After receiving much encouragement from my music professors, I decided to add a music major to my degree program, which included a major in communication arts-public relations.”

After graduation, she only applied to one graduate school, the Cleveland Institute of Music. “It was risky, only applying to one school, but I figured that my admission status would be the sign for my next career step. If I got rejected from the school, then I would forget about a performing career and pursue public relations. Happily, Laurel was accepted to the Cleveland Institute of Music, where she received a master’s degree.

Laurel first met Vinson Cole at the Cleveland Institute of Music and wanted to continue studying with him at the UMKC Conservatory. Thirty years of performing in the world’s greatest opera houses and singing under the baton of conductors such as Abbado, Karajan, Levine, Muti, Rattle, and Solti makes Vinson an invaluable asset to the school and his students. “We work well together because of his patient persistence while I learn and grow and also because we desire the same end product. When it comes to vocal production, appearance and repertoire, he wants one thing: beauty. In addition, Vinson’s intimate understanding of the expectations of a world-class singing career provides insight and career advice that not many others can offer.”

Laurel also was impressed by the partnership with the Lyric Opera of Kansas City. The experiential knowledge that she has gained working in the opera house with various casts, conductors, directors, choreographers, and production assistants has far surpassed what she could learn about her craft from a book or in a classroom.

What inspires Laurel as a singer is that she understands that she has been entrusted with a special gift that is meant to serve people. “I have the power to share joy, peace and hope simply by opening my mouth. I have had many audience members say my voice has brought them to tears. It is one of my favorite compliments. For a moment, I connected with them on a heart level. They allowed me to get close enough to touch their hearts and in turn they experienced something beautiful, something that stirred their souls. When I sing, I provided direct access to goodness and light.”

This will be Laurel’s first time performing at Crescendo, and the piece she is performing is well-known in the operatic repertoire. “When I first heard the aria, it was sung by Leontyne Price, and her performance gave me goosebumps. While I am no match for the grand diva, I hope to bring the same thrill with my own rendition.”

Also featured in the September 30, 2017 issue of The Independent
By Ann Slegman 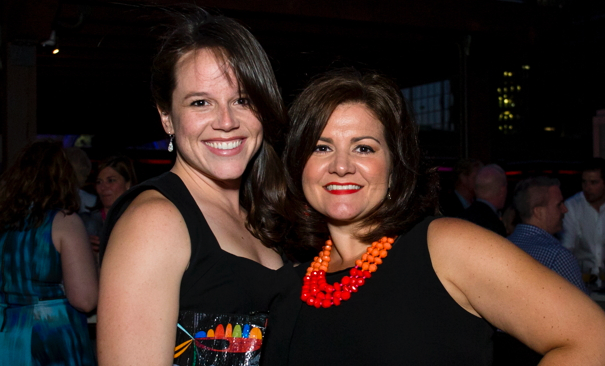 Lydia Allen spent seven years in Indianapolis, Indiana, where she studied at Butler University and worked for the Indianapolis Symphony Orchestra. Four years ago, she moved back to Kansas City. Lydia…

Matthew Schulte describes his job (coordinator – marketing) this way: he is part of the team that handles giveaways, special events, theme nights, promotions, and advertising for the Kansas City…

In the Directors of Philanthropy issue, The Independent celebrates the remarkable people in Our Town who donate so much of their time and talents to charitable organizations. They make Kansas…

In the Directors of Philanthropy issue, The Independent celebrates the remarkable people in Our Town who donate so much of their time and talents to charitable organizations. They make Kansas…