Dr. and Mrs. Edward Duncan Dallam of Mission Hills are pleased to announce the engagement of their daughter, Peyton Leigh Dallam, to Eric Michael Sorrentino, the son of Mr. and Mrs. Ralph Sorrentino of Plano, Texas. The bride-to-be is the granddaughter of the late Mr. and Mrs. James Roy Holliday, Sr. and the late Mr. and Mrs. John Paul Dallam, Jr. Peyton is a graduate of Shawnee Mission East High School. She was presented at the Junior League Cotillion in 2003. Peyton earned a bachelor’s degree in early childhood education from Kansas State University and a master of arts degree in elementary education from Rockhurst University.

A member of Pi Beta Phi sorority, Peyton is a BOTAR, class of 2007. She is a second grade teacher in the Hickman Mills School District in Kansas City, Missouri. Her groom-elect is the grandson of Mr. Paul Kissin of Chatham, New Jersey, the late Lila Kissin, the late Theresa Sorrentino, and the late Mr. Albert Sorrentino. Eric graduated from Plano West Senior High School. He received a bachelor’s degree in journalism from The University of Kansas. Eric is a digital marketing strategist with CommunityAmerica Credit Union in Lenexa, Kansas. Theirs will be June 9th wedding at Mission Hills Country Club. 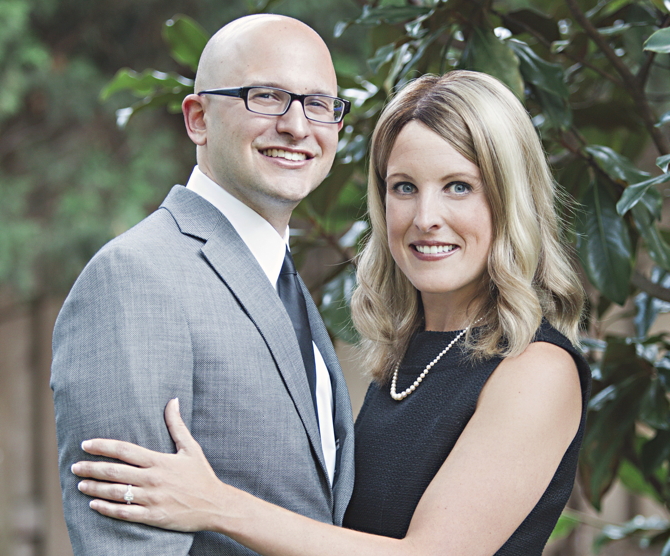 Also featured in the November 25, 2017 issue of The Independent
Photo credit: epagaFOTO