Mr. and Mrs. Stuart Frazier Bell of Prairie Village and Mr. Mark Robert Egerstrom of Monte Nido, California, are pleased to announce the engagement of their daughter, Elizabeth Adele Egerstrom, to Christopher James Rollings, the son of Mr. and Mrs. James Francis Rollings of Wilmette, Illinois. The bride-to-be is the granddaughter of Mary Nesselrode of Prairie Village, Kathleen and James Waller of Prairie Village and the late Mr. and Mrs. Paul L. Egerstrom. Elizabeth is a graduate of The Pembroke Hill School. She earned a bachelor of arts degree in mass communications from Miami University. Elizabeth is a member of Delta Gamma sorority and is careering with Golin in Chicago, Illinois.

Her groom-elect is the grandson of Mrs. James L. Fox of Wilmette, Illinois, and the late Mr. Fox and the late Mr. and Mrs. Charles S. Rollings. Christopher is a graduate of Loyola Academy in Wilmette, Illinois. He earned a bachelor of arts degree in history from Marquette University. Christopher is employed with Kraft Heinz Company in Northfield, Illinois. Theirs will be a September 17th wedding at St. Andrew’s Episcopal Church. 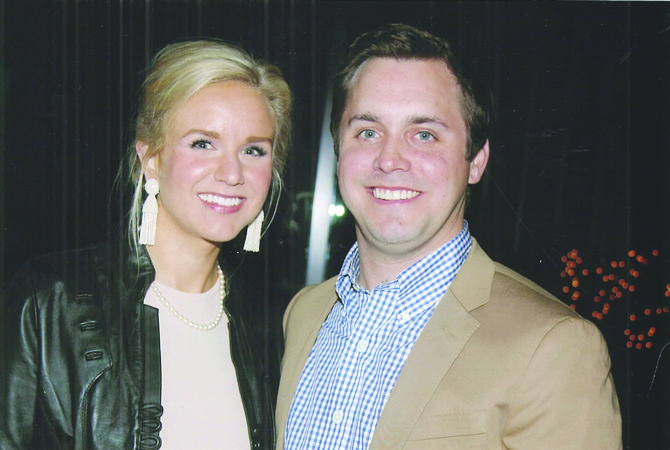 Also featured in the February 6, 2016 issue and on The Insider