Mr. and Mrs. Larry Chambers of Parkville, Missouri, are pleased to announce the engagement of their daughter, Caroline Marie Chambers, to Zack Warner Royle, the son of Mr. and Mrs. Michael Royle of Parkville. The bride-to-be is a graduate of Park Hill South High School. Caroline earned a degree in accountancy from the University of Illinois at Urbana-Champaign. A member of Alpha Gamma Delta sorority, Caroline is employed with PricewaterhouseCoopers in Kansas City, Missouri.

Her groom-elect is the grandson of Mrs. Gerald Gorman of Kansas City, Missouri, and the late Mr. Gorman, Mr. and Mrs. John Royle of Independence, Missouri, and the late Joanne Royle. Zack is a graduate of Park Hill South High School. He was a Gentleman of The Jewel Ball and an escort in 2014. Zack received a bachelor of arts degree in classics from Harvard University. He is a student at The University of Kansas School of Law. Theirs will be a June 23rd wedding at the Cathedral of the Immaculate Conception in Kansas City. 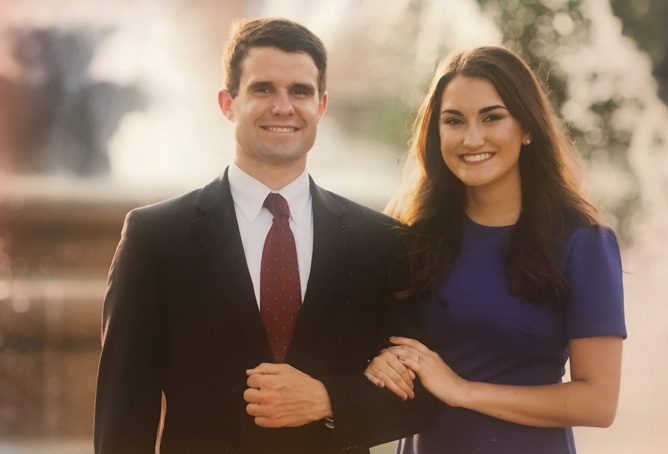 Also featured in the October 28, 2017 issue of The Indpendent
Photo Credit: Tracy Routh