Mary Brown Leek of Prairie Village is proud to announce the engagement of her daughter, Anna Sauder Leek, to Charles Robert Ludington, the son of Mr. and Mrs. Robert Edward Ludington of Prairie Village. The bride-to-be is the granddaughter of Mrs. Louis James Leek of Overland Park and the late Mr. Leek and the late Mr. and Mrs. Joseph Edward Brown. Anna is a graduate of Shawnee Mission East High School. She earned a bachelor of science degree in education from The University of Kansas. Anna is a member of Kappa Kappa Gamma sorority. She is a BOTAR, class of 2013, and careers with the Blue Valley School District.

Her groom-elect is the grandson of Mr. Joseph Lord Long of Rockford, Illinois, and the late Mrs. Long and the late Mr. and Mrs. George John Ludington. Charlie earned a bachelor of science degree in business from The University of Kansas. He is a member of Phi Delta Theta fraternity and was a BOTAR escort in 2013. Charlie is employed with AIG. Theirs will be a June 10th wedding at Our Lady of Sorrows Church. 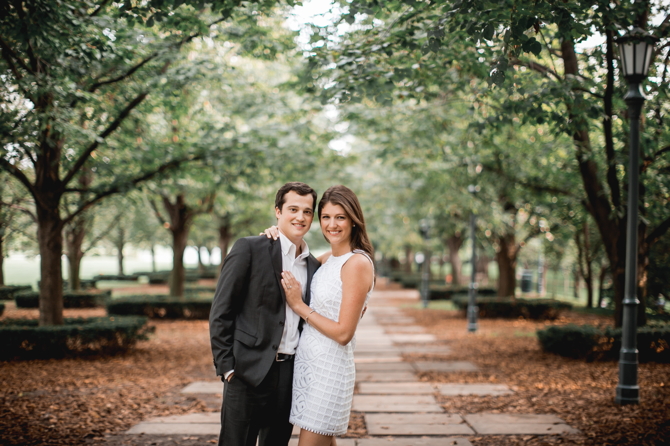